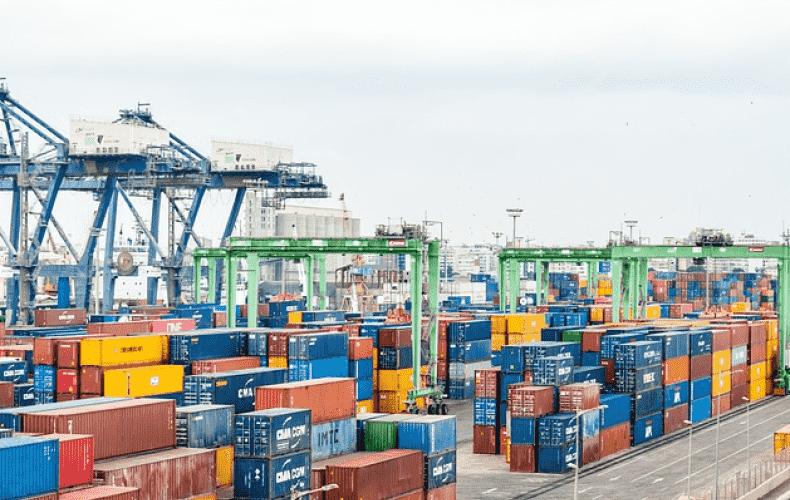 According to figures from the Kiel Institute for the World Economy (IfW), goods handling in Russian ports has slumped, in some cases significantly. The port of St. Petersburg, formerly Russia's largest container port and an important transshipment point for trade with Europe, achieved less than ten percent of the previous year's volume in October, the IfW reported on Monday. The Black Sea port of Novorossiysk also recorded a decline of about 50 percent, according to the report. The port of Vladivostok, which is important for handling Asian trade, had reached the handling volume of the previous year, but the collapsing trade between Europe and Russia could not be compensated there.

The European Union was Russia's most important trading partner as recently as the summer of 2021, but now China has taken over this top position. According to IfW Kiel, the EU exports 43 percent fewer goods to Russia compared to the previous year, while China exports 23 percent more. However, the increase in exports from China to Russia lost momentum in September, it said. "China's exporters have not been able to compensate for the sanctions damage so far either, and Russia's efforts to replace imports from Europe that are falling away are proving increasingly difficult," the head of the institute's own Kiel Trade Indicator, Vincent Stamer, told the publication.

According to the latest Kiel Trade Indicator, October's figures were negative for Germany's imports and exports compared with September, at minus 0.9 and minus 0.2 percent, respectively. For the EU, there was a 1.0 percent increase in exports and stagnation in imports. For the USA, IfW Kiel recorded a minus of 2.7 percent for exports and stagnation for imports. China's exports grew by 10.1 percent and imports by 0.9 percent. The figures for Russia are minus 2.6 percent and minus 0.4 percent.

According to the IfW, container ship congestion around the globe continues to show clear signs of easing at a high level. At present, ten percent of all goods shipped worldwide are stuck in traffic jams.