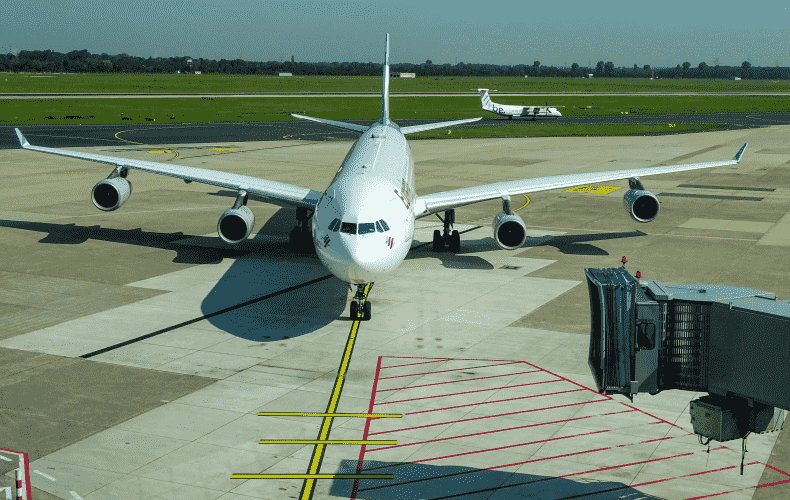 Pilots of the airline Eurowings went on a three-day strike on Monday morning. The industrial action began as planned, said a spokesman for the Vereinigung Cockpit (VC) pilots' union. No further offer had been made, he added.

The Lufthansa subsidiary expects more than 230 of Monday's 400 or so scheduled flights to take place despite the industrial action. Eurowings also expects to be able to operate more than half of its planned flight schedule on Tuesday and Wednesday.

Düsseldorf Airport was initially hit particularly hard by the strike. There, according to Eurowings Airport, 102 of the 171 Eurowings flights planned for Monday were canceled even before the strike officially began. In Cologne/Bonn, 43 connections were canceled, and in Stuttgart, 40 takeoffs and landings were canceled.

This is the second time in less than 14 days that pilots at the Lufthansa subsidiary have gone on strike. During the first strike on October 6, about half of all flights were canceled. As a result, tens of thousands of passengers had to switch to other flights or the train - or postpone their trip.

The fact that a large number of flights can take place despite the strike is due not least to the fact that the aircraft of the Austrian subsidiary Eurowings Europe are not affected by the industrial action. They are flying "at full capacity" during the strike, it said. The airline Eurowings Discover, which operates from Frankfurt and Munich, is also not affected by the VC's current strike call. In addition, the Lufthansa subsidiary is using aircraft from partner companies that also otherwise operate some of its flights, it said.

The Vereinigung Cockpit union had called on Eurowings pilots to stop working from 00:00 on Monday up to and including Wednesday (Oct. 19). The union explained that the reason for the strike was the inadequate offer from the employer regarding the collective agreement. It wants to enforce better working conditions for the pilots in the labor dispute. Eurowings criticized the strike as disproportionate and irresponsible.

Eurowings asks customers to check the status of their flight on the website or via the Eurowings app. Passengers should be offered other travel options - such as changing trains or rebooking on another flight.