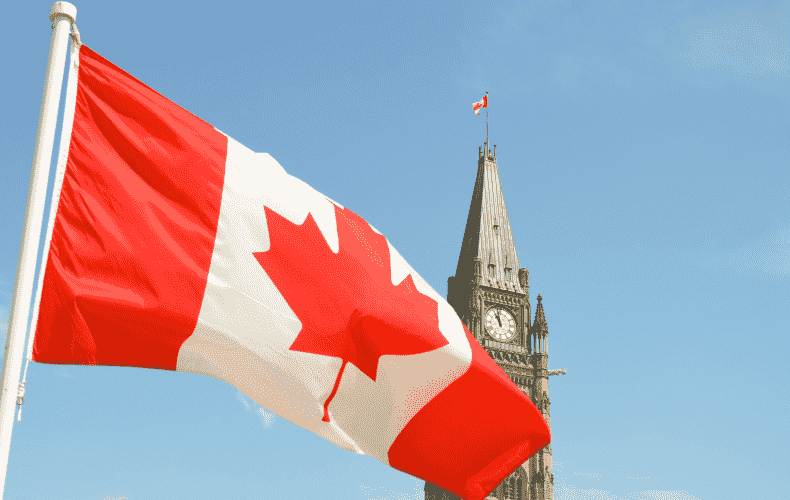 Due to the possible drying up of gas imports from Russia, Germany is looking for alternatives. One of them: Canada. The country is one of the world's largest natural gas producers and also an important ally and close partner of Germany and the EU. German Chancellor Olaf Scholz (SPD) and Economics Minister Robert Habeck (Greens) have traveled to Canada with a business delegation to sound out the possibilities.

Scholz and Habeck will be accompanied on their trip by a delegation of business representatives. Together with Trudeau, visits to Montréal, Toronto and Stephenville, a coastal town in Newfoundland, are planned until Tuesday. The trip will focus on bilateral cooperation in the climate and energy sectors. Specifically, the signing of an agreement on cooperation on hydrogen is planned. In addition, the topic of liquefied natural gas (LNG) is on the agenda. However, importing Canadian gas is difficult.

Russia and Algeria, an important gas producer, have the advantage of being able to supply gas by pipeline as neighbors of the EU. A pipeline through the Atlantic, on the other hand, is not feasible, so imports from Canada as well as from the USA are only possible in liquid form, on tankers - so-called LNG (Liquefied Natural Gas).

The problem is not new and concerns potential gas imports from the Arab region as well as Qatar. In Germany and other European countries, work has therefore been going ahead at full speed for some time on the construction of LNG terminals for unloading gas tankers. On the German North Sea coast, the first ones are due to come on stream this year. However, in the case of Canada, there is also a lack of terminals to load the tankers in the first place.

In Canada, natural gas production is concentrated in the western provinces of British Columbia, Alberta and Saskatchewan. There are also export opportunities there, but these are focused on the Asian market. Pipelines transport gas within Canada simultaneously to the east and to the USA, but it has not yet been exported from there on a large scale.

This is because construction projects for export terminals on Canada's east coast have made only slow progress in recent years and have even been frozen at times. However, Russia's invasion of Ukraine and rising demand in Europe have given them new impetus. The government in Ottawa has promised support, explicitly pointing to Europe's dependence on Russian gas.

However, the expansion of the LNG infrastructure does not announce itself smoothly and promptly. The focus is on two possible locations for LNG export terminals in New Brunswick and Nova Scotia. In both cases, however, gas could not be shipped to Europe for several years at the earliest.

Moreover, the issue is problematic for Prime Minister Justin Trudeau's government in terms of domestic politics. Ottawa itself has formulated ambitious climate targets, so new fossil fuel plants would come at an inopportune time. Because of years of resistance among the population to the development of shale gas deposits, there has been an organized protest movement for years anyway.

In addition, there are conflicts with indigenous groups. Gas plants and pipelines often run through their territories. In western Canada, there are therefore frequent protests, some of which have turned violent in the past. The pipelines to the east would now at least have to be expanded, and the construction of new terminals also threatens conflicts with the indigenous peoples.

Ottawa points to the potential of using gas infrastructure for hydrogen in the future. Scholz's and Habeck's trip is also about this future technology. They will visit Stephenville in Newfoundland, where a company is planning a wind energy plant to produce hydrogen.

Meanwhile, German business is pushing for quick agreements with the North American country. The Federation of German Wholesale, Foreign Trade and Services (BGA) hopes that the visit to Canada will once again increase the pressure on the governing coalition in Germany to finally ratify the German-Canadian trade agreement CETA in the Bundestag, association president Dirk Jandura told the Düsseldorf-based "Rheinische Post" (Monday edition).

Above all, cooperation in energy supply and in the supply of so-called rare earths to the German economy must be strengthened, Jandura stressed. Canada could also help "keep the European economy running and households warm" by speeding up the completion of its liquefied natural gas (LNG) export facilities, the BGA president said.

The German Association of Energy and Water Industries (BDEW) emphasized that the development of a hydrogen economy is not possible on a national level alone. Germany and Europe would therefore have to rely on imports of hydrogen. "This makes it all the more important to establish reliable international partnerships at an early stage," Kerstin Andreae, chairwoman of BDEW's executive board, told the "Rheinische Post" newspaper.

In addition to possible future cooperation on hydrogen, however, Canada is already a reliable supplier of raw materials for the energy transition, Andreae explained. This applies, for example, to precious metals, titanium, nickel, cobalt, graphite and aluminum. There is great "potential for further increases" here, she emphasized.

After years of tensions, Israel and Turkey plan to fully resume diplomatic relations. Both countries have decided to...