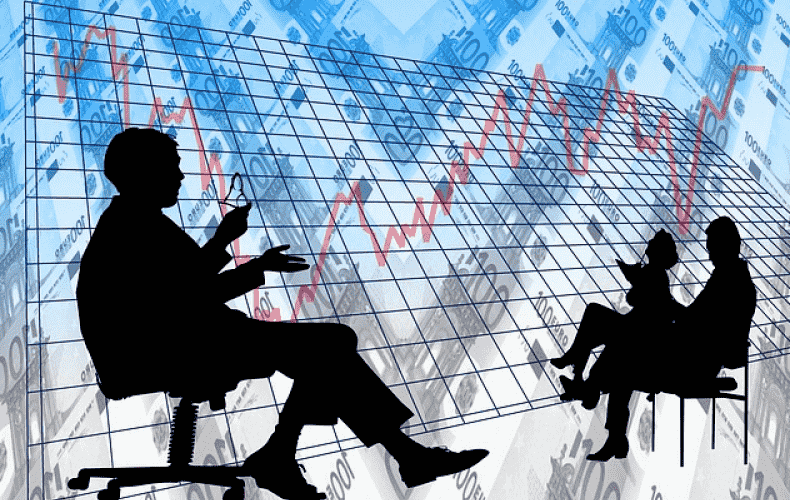 The German economy grew by a surprising 0.3 percent in the third quarter, adjusted for seasonal and calendar effects, the Federal Statistical Office announced in a first flash estimate on Friday. The economy "thus continued to hold its own despite difficult global economic conditions with the ongoing Corona pandemic, disrupted supply chains, rising prices and the war in Ukraine," the statisticians said. Economic output in the third quarter of 2022 was driven primarily by private consumer spending, they said. In a year-on-year comparison, gross domestic product (GDP) even exceeded the level before the Corona crisis for the first time.

Economists had expected a decline in economic output. They were correspondingly surprised. LBBW economist Jens-Oliver Niklasch commented that the rise in GDP was "absolutely astounding." He suspects that "the reverberations of the Corona reopening and the cornucopia of the summer relief package" may have overcompensated for the negative factors of the rise in energy prices and the Ukraine war.

However, economists do not believe that a recession can still be averted. "Despite the surprisingly strong result for the third quarter, a recession in Germany will be unstoppable for the winter half-year," commented Ulrich Kater, chief economist at Dekabank. Jörg Krämer, chief economist at Commerzbank, warned that strong consumption was "just the calm before the storm". This is because high inflation is causing consumers' purchasing power to collapse, he said. Everything points to a contraction in economic output in the winter half-year.

However, there is hope that inflation will not be quite as severe as feared. There are certainly factors that argue for only a relatively shallow recession, explained KfW chief economist Frtizi-Köhler-Geib. In addition to the reduced likelihood of a gas shortage this winter, she points to the fact that wholesale prices for gas have fallen significantly again compared with August and the government's relief packages.

In the first quarter of the year, GDP had still grown by 0.8 percent compared with the previous quarter. In the second quarter, due to the consequences of the Russian war of aggression in Ukraine, it was only enough for mini-growth of 0.1 percent.

The second largest economy in the euro zone also grew despite the energy crisis. GDP in France rose by 0.2 percent in the third quarter compared with the previous quarter, according to the national statistics office Insee on Friday. In Spain, growth weakened significantly compared to the previous quarter, but still managed to increase. According to the Spanish statistics office INE, the increase was also 0.2 percent.

Economists do expect German economic output to grow in 2022 as a whole, buoyed by the gains in the first half of the year. The German government forecasts year-on-year growth of 1.4 percent. However, the economy is then expected to contract in the coming year. The German government anticipates a 0.3 percent decline, while the OECD even expects a 0.7 percent drop in economic output. This means that the crisis is hitting the German economy much harder than other European countries.

This is also shown by current sentiment indicators. While the S&P Global (formerly Markit) Purchasing Managers' Index for the German economy fell by 1.6 points to 44.1 in October - putting it well below the 50-point growth threshold - the barometer for the eurozone as a whole still stood at 47.1. The results showed that the German economy's slide had accelerated at the start of the fourth quarter of 2022, S&P economist Phil Smith said. Signs of an impending recession in the euro area's largest economy had increased, he said.

By contrast, the Munich-based Ifo Institute's business climate index had stabilized in October, falling just 0.1 points to 84.3. However, this breather, which economists attribute to recently falling gas prices and the energy relief announced by the German government, is unlikely to mark a turnaround. "Apparently, the 200-billion 'bang for the buck' from the German government has stabilized companies' business expectations," said KfW chief economist Fritzi Köhler-Geib.

Nevertheless, the next few months are likely to be challenging. The German economy is facing "a difficult winter," said Ifo President Clemens Fuest. Alexander Krüger, chief economist at private bank Hauck Aufhäuser Lampe, also painted a gloomy picture: "Companies remain in depression mode, the energy crisis is suffocating economic life," he commented. Because more and more consumers are taking cover, the only question now is the duration and depth of the recession, he said. Jörg Krämer, chief economist at Commerzbank, is also unwilling to give the all-clear. The trend is clearly pointing downward. "Moreover, the business climate continues to be at levels at which the German economy had contracted in the past," Krämer explained.