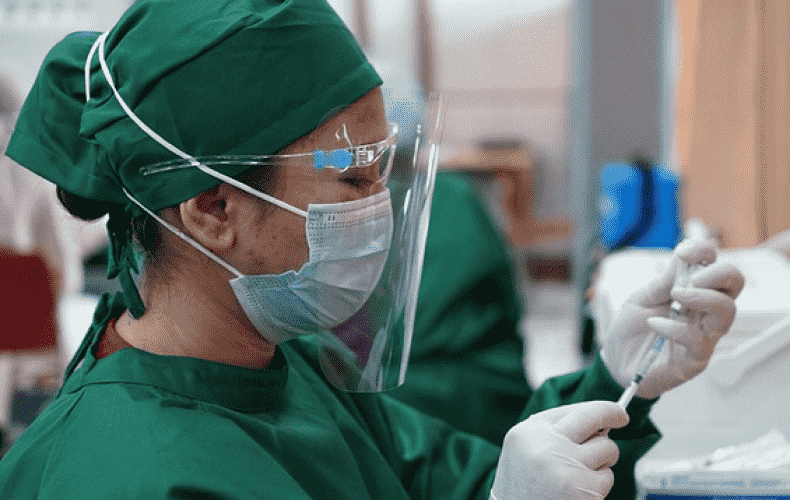 Following the U.S. and other countries, the European Union also wants to ramp up protective measures against the coronavirus infection wave in China. The EU's health committee convened an emergency meeting Thursday to coordinate measures against the pandemic spreading in China. The virus is spreading explosively in the People's Republic after contact restrictions were lifted. Several countries have already imposed restrictions on travelers from China as a result. Results of the meeting of the EU health committee are expected later today.

France said Thursday that border controls are not necessary because of developments in China. "From a scientific point of view, there is no reason to reintroduce border controls," the head of the health risk assessment committee, Brigitte Autran, told Radio Classique. However, she added, this could change any day. On Wednesday, a spokesman for the Health Ministry in Berlin had said Germany was refraining from imposing entry restrictions for the time being. He said there was currently no indication that a more dangerous mutation had developed in China that would entail them.

In Hong Kong, the international requirements have raised concerns about passenger congestion. The government of the former British colony, which is part of China, asked Japan to lift the planned restrictions, saying they would affect about 60,000 air travelers. Japan had announced that starting Friday, flights from Hong Kong and mainland China would only be allowed to land at Tokyo's two airports, as well as Osaka and Nagoya.

The United States announced Thursday night that it would only allow air travelers from China to enter the country with a negative Corona test. In doing so, the United States followed India, Italy and Taiwan in also requiring a negative test. In contrast, the British government decided to waive any conditions for entry, according to a government spokesman. Australia and the Philippines have left open whether they will take action, but are watching developments very closely.

China had announced an abrupt departure from its strict zero-covid policy in early December under pressure from anti-government protests and a weakening economy. Since then, a Corona wave has been rolling through the country. Hospitals and funeral homes are under enormous pressure because of the rush, according to employees. However, since there is hardly any testing, this is not reflected in the official figures. Because of the sparse information, it also remains unclear whether new virus variants may have developed.

On Wednesday, Chinese authorities registered only one Covid death, according to official figures. Foreign experts believe the numbers are much higher. They expect that up to one million Chinese could die as a result of infection in the coming year.