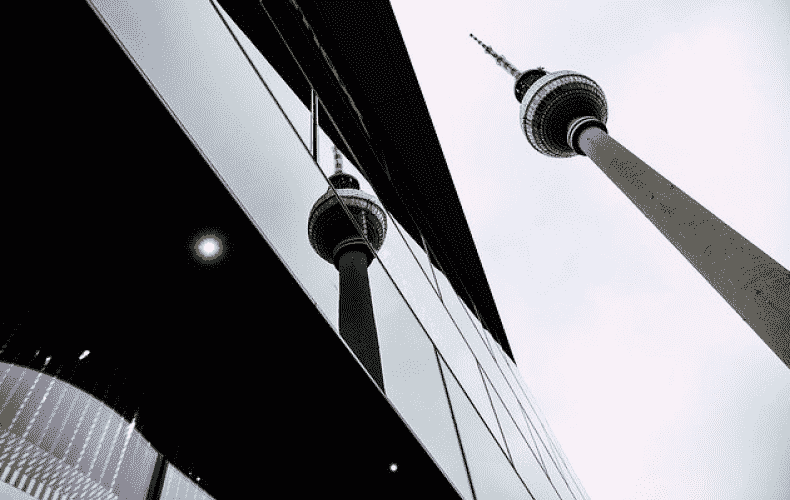 The pandemic has Berlin in its grip - but the city remains an important part of German life. Last year, the state-owned business development agency Berlin Partner completed 262 projects, creating a total of nearly 7000 new jobs. The companies it advised are planning investments of approx. 900million euros, with some 116 million euros in "third-party funding" for research and development. The sum is divided between 80 companies newly established in Berlin and support for 102 existing companies. The partners highlight 80 additional companies as "innovation projects".

According to calculations by Berlin's development bank IBB, the gross domestic product rose by 1.6 billion euros thanks to this work, which in turn boosted public revenues: by 200 million euros.

Economics Senator Ramona Pop said, "I can kindly reject the swansongs about Berlin's economy." The slump in growth in Berlin - as a result of two shutdowns - was no greater than in the rest of the country.

Across Germany, the decline was 5.3 percent, according to the Office of Statistics. The city even "performed better than expected" during the crisis. It was a "tough year," to be sure. But there was also good news. For example, the number of jobs, which grew by 6866 despite the pandemic.

The sum of planned investments was even higher than in the previous "boom year," Pop said. This demonstrates the great confidence in Berlin, where investments are made "because the city has an economic future. The development shows that Berlin has set the right priorities, he said. "Siemens Energy has moved to Berlin and is strengthening our energy cluster." This, he said, is also a clear commitment to Berlin.

Berlin also remains a start-up capital, he said. Most founders have come through the crisis unscathed, he said. The benchmark for the strength of start-ups is "financing rounds", i.e. the raising of capital from investors. There were 314 financing rounds last year, 20 percent more than in the previous year despite the pandemic. Berlin is thus the "number one location in Germany" for start-ups, said Berlin Partner CEO Stefan Franzke.

"The structural change is helping Berlin because many new things are being created in Berlin, which gives hope," Franzke said. He spoke of the "Tesla effect" in the "mobility" sector. Many service providers from this sector increased their activities in the city because of the electric car manufacturer or are considering relocating. This is also reflected in the - albeit slight - increase in jobs subject to social insurance contributions in the past year.

The origin of the new entrepreneurs working in Berlin is remarkable: just under half come from Germany, almost one in five from the Middle East, Asia and Oceania, 17 percent from the American continent and 15 percent from Europe and Russia. Berlin Partner has procured "approved residence permits" for 323 people, and for employees in 223 companies.

Berlin Partner CEO Franzke said about half of the jobs were created in existing companies. For example, in a company for the application of artificial intelligence. The Berlin company Shopify, which offers retail platforms on the Internet, has expanded, he said. And map service provider Here added 400 employees, he said.

The health industry is also strong, Nuvisan, which took over Bayer's research division, is building a "lab," Franzke said. Industrial production is still among the most important sectors, he stated. "Many are amazed," Franzke said, that industry can exist in a metropolis. But Schindler and BMW are "core companies of Berlin's economy," he said, and the sector is ahead of the health care industry in volume.

Among the city's most important economic sectors is the healthcare industry, with 21,800 companies. The sector employs 383,000 people and turns over 28 billion euros. Rox Health, a subsidiary of the Roche healthcare group, is a newcomer from this sector.

The "information and communications technology" and "media and creative industries" sectors are particularly strong, with almost 290,000 employees in around 52,000 companies and sales of 33.8 billion euros. New to Berlin from this sector is, for example, the company MXC Foundation, which offers information technology for the "Internet of Things" and the "Smart City" of the future.

Other economic "clusters" in the city include "transportation, mobility, logistics," "energy technology," "optics and photonics," industrial production, electromobility and smart city, and art.

Due to the possible drying up of gas imports from Russia, Germany is looking for alternatives. One of them: Canada. The...