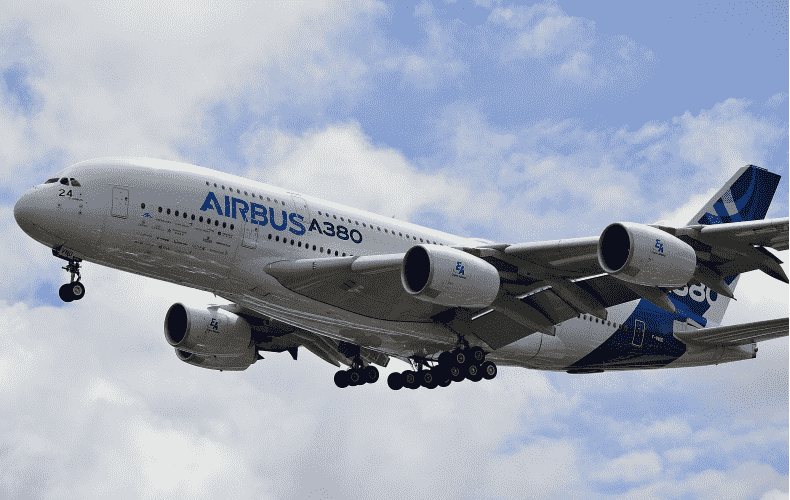 Guillaume Faury remains optimistic. The CEO of the European aerospace group Airbus is sticking to his targets of delivering 700 commercial aircraft to airlines this year and achieving earnings before interest and taxes of 5.5 billion euros adjusted for special effects - despite a slowing global economy and ongoing supply chain problems. Compared with 2021, that would be a double-digit growth rate. At that time, the bottom line had been 611 aircraft deliveries and 4.9 billion euros in adjusted earnings.

While U.S. archrival Boeing announced a billion-dollar loss for the third quarter on Wednesday, Airbus countered on Friday with black figures in all divisions, even if the adjusted result of 836 million euros was below analysts' expectations. The company delivered a solid performance in a "complex operating environment," Faury affirmed in an interview with journalists, and incidentally benefited from the favorable euro. At 4.5 billion euros, he therefore expects free cash flow for this year to be even one billion euros higher than before, i.e. cash inflow from operating activities.

With a delivery target of 700 aircraft, the Airbus CEO is preparing his company for a sporty year-end spurt. As of the end of September, only 437 had been delivered. So if Airbus averaged fewer than 150 aircraft in the first three quarters, 263 would now have to be handed over to customers in the final quarter. Aircraft deliveries are an important indicator in the industry, because only then does the bulk of the sales flow. Due to a shortage of engines in the first half of the year, Faury had already had to reduce this year's delivery target from 720 to 700 in July.

The Airbus chief's optimism is surprising in that he openly reports continuing supply bottlenecks. "The supply chain remains fragile due to the cumulative impact of Covid, the war in Ukraine, energy supply problems and tight labor markets," Faury said Friday. He said he sees stabilization, not only on the part of engine manufacturers, but parts are still arriving late and the ability to plan individual production steps is being affected. According to Faury, the bottlenecks will continue at least until the middle of next year.

In stark contrast to the problems on the production side is the strong demand from airlines for aircraft. Customers have a strong appetite for new aircraft with improved fuel balance, Faury stressed. The aircraft market has recovered faster in recent months than many had expected. Indeed, Airbus can hardly save itself from orders. Sales chief Christian Scherer landed 647 orders in the first three quarters, cancellations already deducted. By comparison, the figure for the same period last year was 133, and in the pre-Corona years of 2018 and 2019 it was also significantly lower at 256 and 127, respectively.

With an order book of 7294 aircraft, Airbus could theoretically produce for more than ten years without needing new orders. However, this also applies in a weakened form to Boeing, with 5236 aircraft in its order book, and is consequently a less meaningful measure of current profitability. The Airbus boss is not worried about business in China. The market environment there has become more complex due to geopolitical tensions, and the company is keeping a close eye on events, since it not only exports aircraft there, but also manufactures them locally. In the short term, however, the market is not expected to come under pressure, Faury said.